FROM ITS ORIGINS TO THE PRESENT DAY

The company and its estates

A small legacy in the shadow of a 15th-century Pallavicina tower.
The need to slow down time by tuning it to the rules and rhythms of nature.
The love of culture and the craftsmanship and artistry of the men and women of Emilia, who have always been the custodians of the uniqueness of the territory and the enhancement of its fruits. And, above all, the willingness to embrace and cultivate tradition to make it blossom into a vision.

The history of Tenute Venturini Foschi is grafted onto the vine of harmony, branching out into the concepts of quality, shared enjoyment and organic farming, and decanting into the project of a true wine theatre, with exclusive cultural events, experiential escapes and a boutique winery.

It all started in 2016 from the intuition of Pier Luigi Foschi and his wife Emanuela Venturini from Parma. He is an entrepreneur, she is an architect and designer. After spending a long time wandering around the world, they decided to condense the wealth of experience, sensitivity and passion acquired over time onto the rolling hills between Medesano and Noceto.

The occasion was the inheritance of a plot of land enriched with relics and historical memories, but the motivation was the desire to divulge the soul of this place, whose rich, fertile soil lent itself to hosting a dream, a winery for the production of fine wines, with a window overlooking art and its facets. 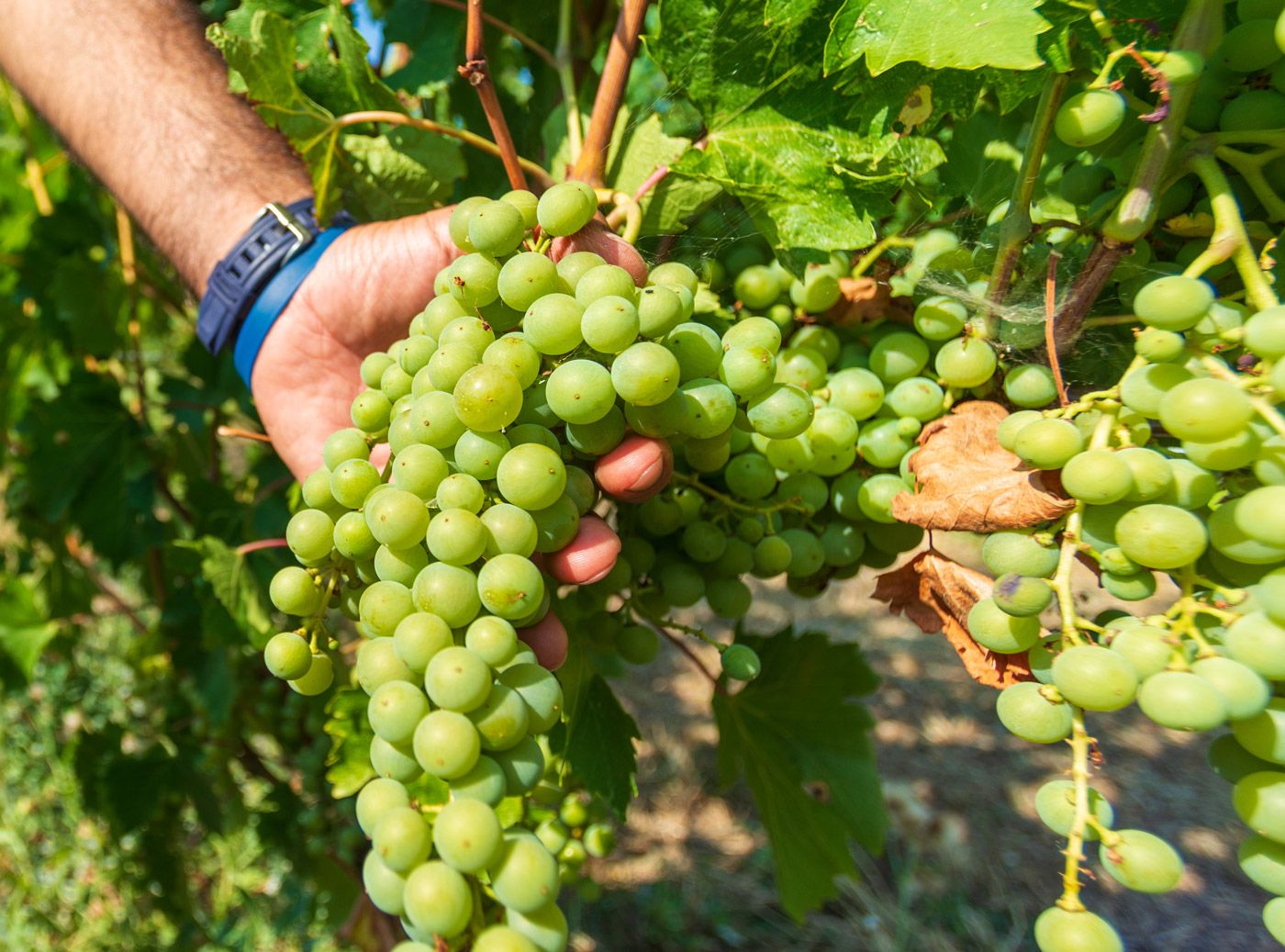 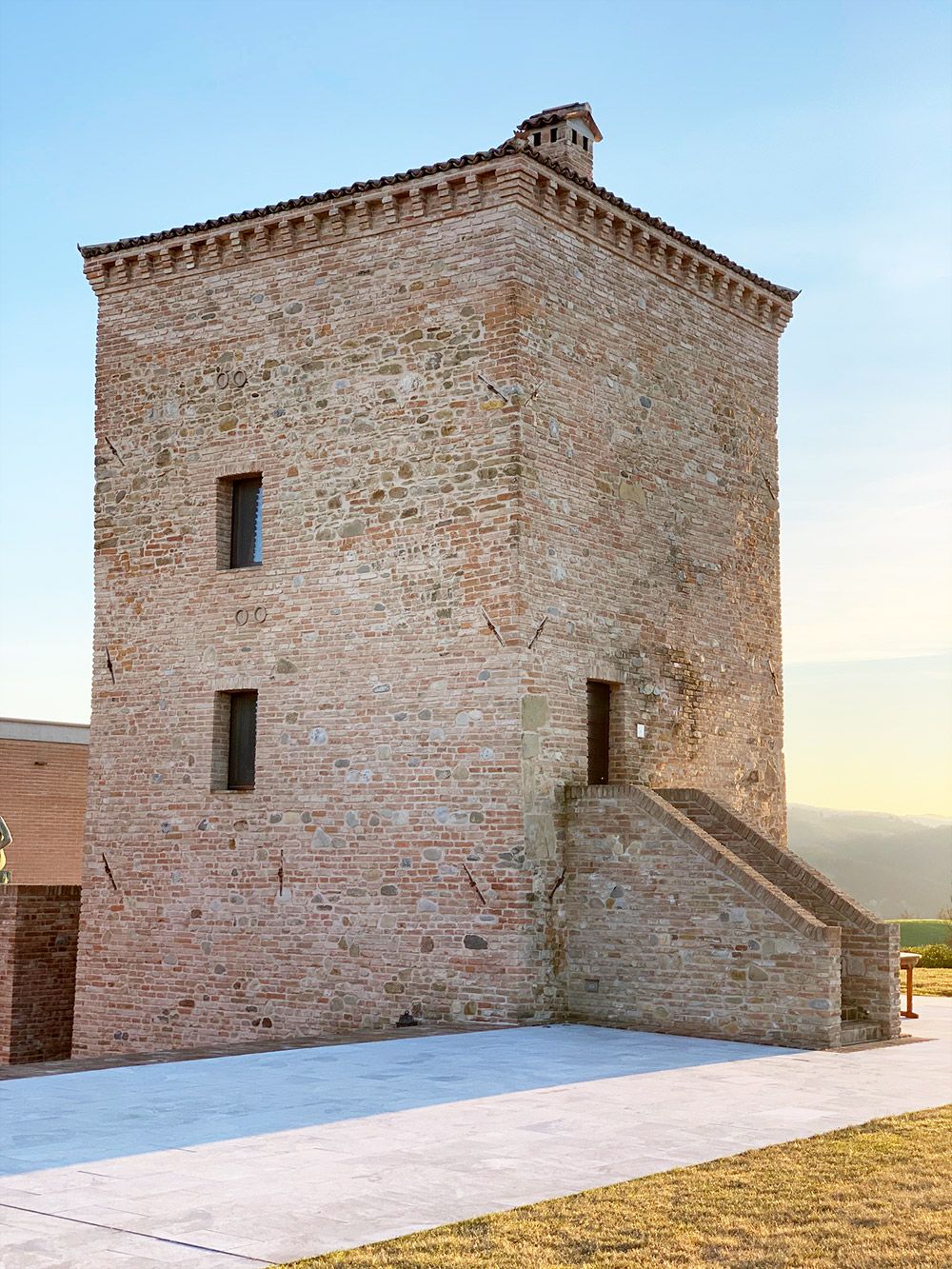 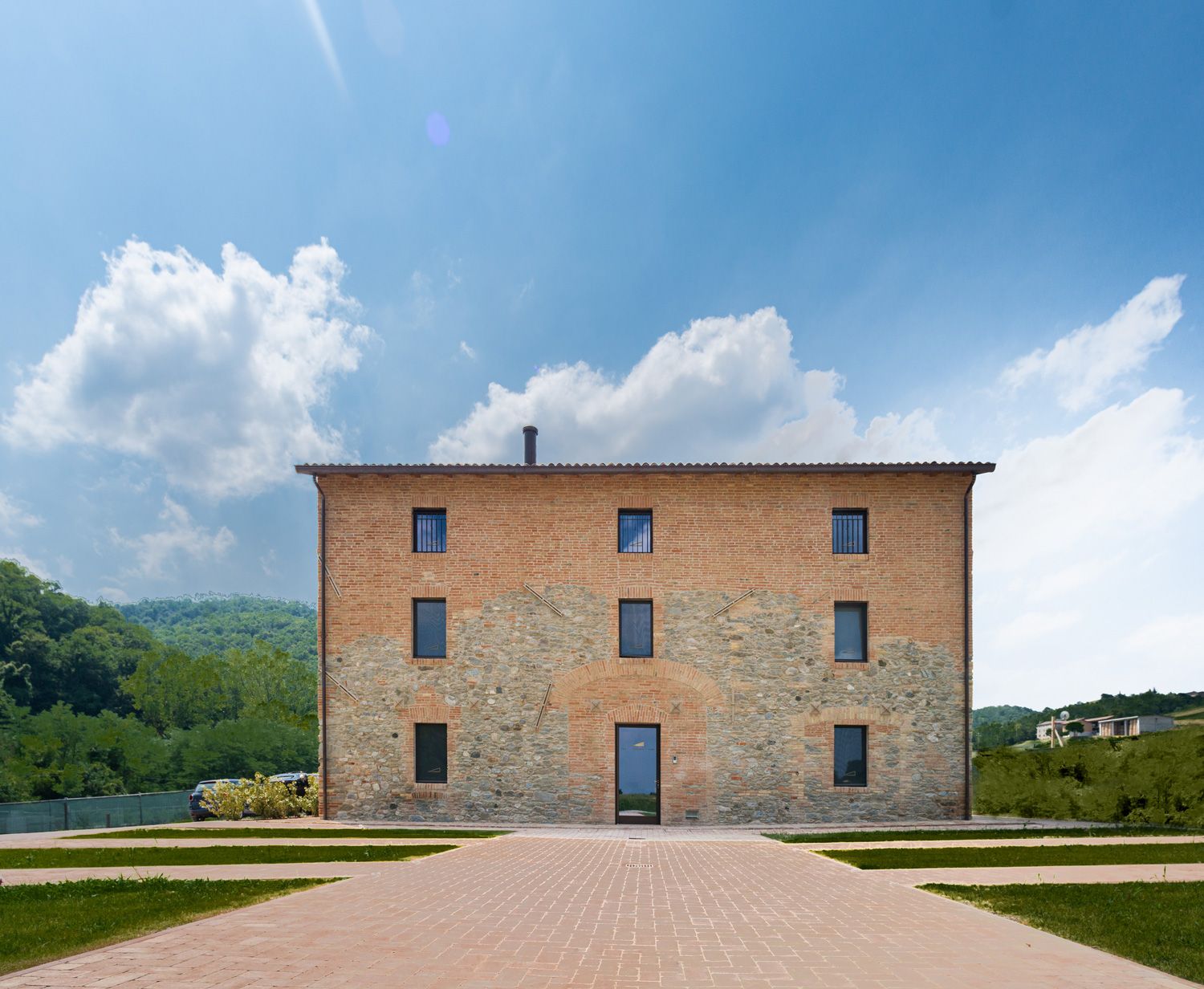 Thus began the restoration of the tower known as the Germino, located near the Via Francigena and, above all, the planting of the first vineyard of about three hectares, called Fonio and dedicated to the production of Malvasia di Candia Aromatica. The same one that arrived from Greece and then found the conditions that exalted its intensity, freshness and aromatic characteristics in the province of Parma.

The desire to give new impetus to wine-growing in the area and to rediscover its ancient roots, as evidenced by a 13th century effigy of Benedetto Antelami in the Baptistery of Parma, prompted the search in the vicinity of Fonio for a larger estate on which to build their own winery.
In 2018, the company acquired the Ca’ Fontani farm of about 45 hectares and founded the Villa Fontana di Varano dei Marchesi agricultural company.
The name is linked to the presence on this estate of an 18th-century villa called Ca’ Fontani, which hosted writers and people of letters in search of rest and well-being, including Maria Antonietta Torriani, also known as Marchesa Colombi, the first female writer for Corriere della Sera and wife of its founder, Eugenio Torelli Viollier, to whom his friend Carducci dedicated his poem Autunno Romantico (romantic autumn).

The latest acquisitions were the EMA farm of about 10 hectares and a plot of 3.5 hectares with a particularly beautiful landscape, which is set at an altitude of about 450 metres and therefore called Terre Alte (highlands). The best Chardonnay and Pinot noir grapes are harvested from these vineyards to produce a classic method sparkling wine that stands comparison with the most prestigious Italian and international sparkling wines.

The unique combination of vine rows and culture, oenological science and agronomic wisdom, the art of knowing how to do and knowing how to be, is the special aura that surrounds Tenute Venturini Foschi, whose vineyards extend over about twenty-seven hectares, alternating native and international grape varieties, focused on limited production, in order to achieve the highest quality.

The first vintage is 2019. A goal that led to the bottling of two white wines, Gemma and Gemma Gentile, expressions, albeit with different interpretations, of pure Malvasia di Candia. This is the dawn of Tenute Venturini Foschi. A crossroads of stories, ideas and emotions. A winery with an innovative vision that, in sharing, wants to pay homage to the past, sip the present and write the future. 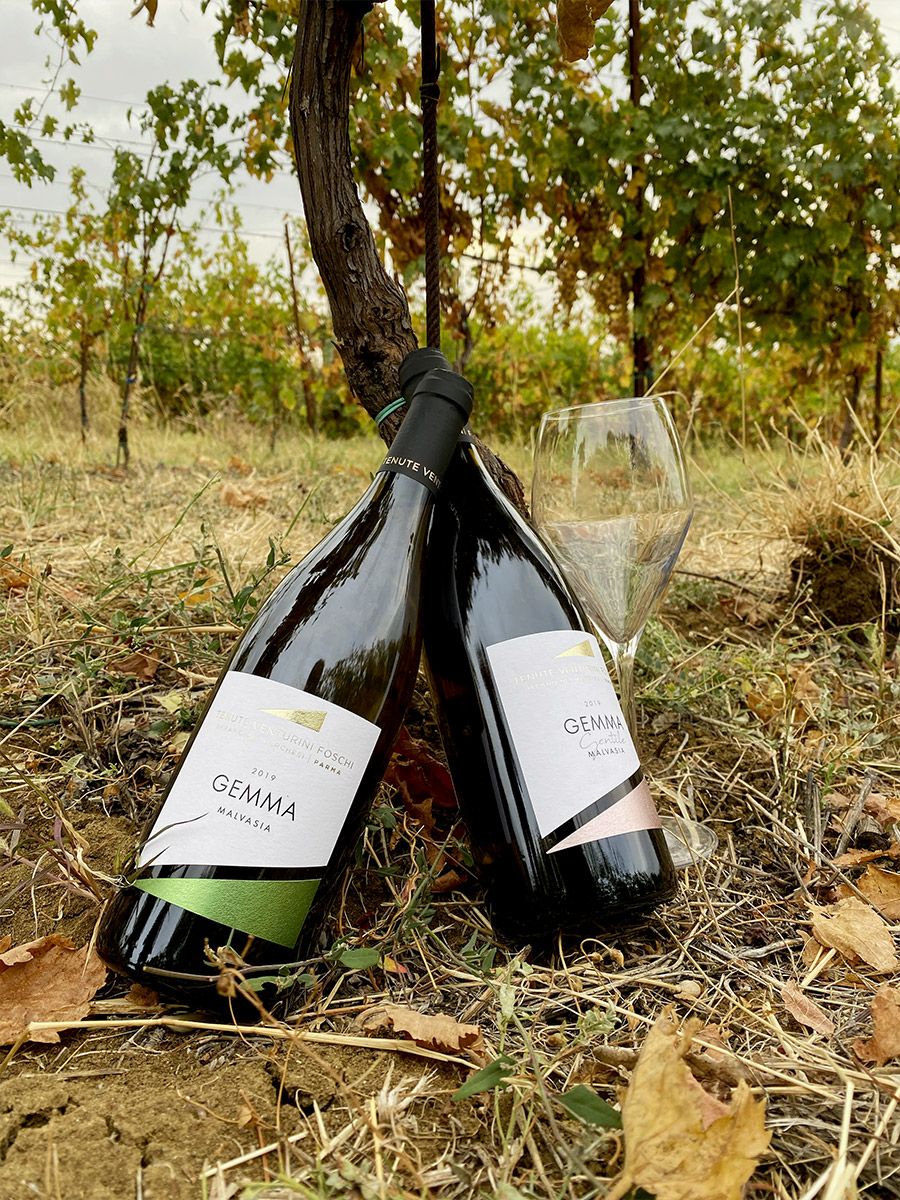 Designed by The BB's Way