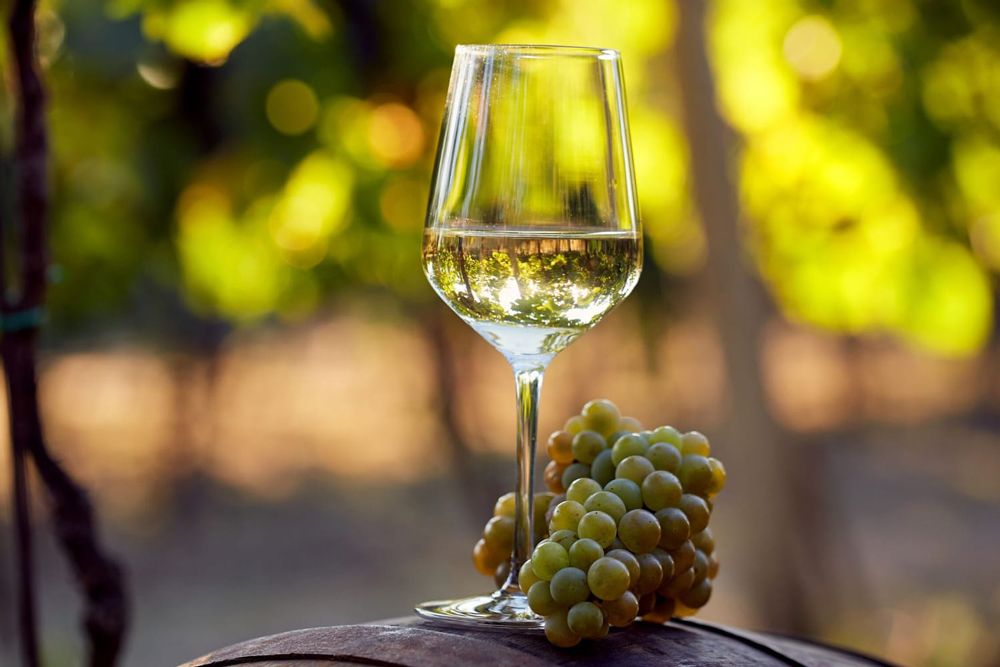 Written by fabiana on February 1, 2022. Posted in Food Valley, Magazine.

Suppose you ask a person from Parma, a person from Brindisi and a person from Friuli to draw you a bunch of Malvasia grapes.
Before your astonished eyes, you will see a pyramid with golden yellow berries, a cone with purple-black berries and, finally, a cylinder with yellowish-green berries. What’s happened? Are you wondering if the three of them have drunk too much Malvasia (and in this case, to confuse you further, we are not talking about grapes but wine)? Well no, each of them is simply describing one of the many grape varieties that are called Malvasia in Italy: the Parma one refers to Malvasia di Candia Aromatica, the Brindisi one to Malvasia Nera di Brindisi and the Friuli one to Malvasia Istriana.
Numerous grape varieties bear this name, in fact, well beyond the three mentioned above, so much so that as early as 1963 Giovanni Dalmasso, agronomist and author of publications of reference for Italian viticulture, wrote, “If we were to list all the grape varieties that more or less legitimately bear the name of Malvasia – and thus try to establish which are correct in keeping this name and which are not – we would have to occupy several pages without hope of succeeding”.

There are currently about twenty Malvasia grape varieties in Italy, all with different characteristics, from the morphology of the plant to the colour of the fruit, from productivity to the time of ripening. If we ask ourselves what the origin of the many Malvasia grapes might be, the answer can only be found in history.
The name “Malvasia” seems to derive from Monemvasia or Monovaxia, now a charming village in the Peloponnese, perched on a rocky outcrop overlooking the sea, and once a strategic port for the Mediterranean wine trade. From here, Greek wines, produced mainly on the island of Crete – coincidentally called Candia during Venetian domination from 1204 to 1669 -, left for Europe: sweet wines, made from a blend of different grapes dried in the sun, very popular in the Old World where they began to be known as Malvagia or Malvasia. Importation began in the 13th century, but it was mainly from 1463, when Monemvasia was annexed to the Venetian Republic, that the trade in these wines expanded considerably in Europe, and in Venice they achieved such fame that even today taverns serving bulk wines are called Malvasie.
When Crete (Candia) was occupied by the Ottoman Empire in 1669, the Venetians, in order not to lose their commercial hegemony, began importing some of the Cretan grape varieties into northern Italy and commissioning local farmers to produce sweet wines, similar to the Greek ones. Hence, the multiplication of the name Malvasia to designate grape varieties with very different ampelographic characteristics.

Actually, some of these grape varieties are even more similar to other families. This is the case with Malvasia di Candia Aromatica which, with its golden yellow berries and strong aromatic characteristics, seems to be a close relative of Muscat grapes (not to be confused with Malvasia di Candia, which is also white but has no aromatic characteristics). Officially registered in the Italian Grape Register (“Catalogo nazionale delle varietà di vite”) since 1970, it currently occupies a cultivated area of around 890 ha. It is grown mainly in Lombardy for the production of Malvasia dell’Oltrepo Pavese DOC and in the provinces of Parma, Piacenza and Reggio Emilia, where it is used to make dry and semi-sweet wines, in still, lightly sparkling, semi-sparkling and passito versions, and where there are three Malvasia DOC wines (Colli di Parma, Colli Piacentini and Colli di Scandiano and Canossa). Malvasia di Candia Aromatica grapes vinified as a single varietal give rise to a straw yellow wine with a rich and complex bouquet of citrus fruits, white and yellow fruits and white flowers and a good freshness and flavour.

Gemma and Gemma Gentile, two elegant and innovative wines, were born from the pure vinification of Malvasia di Candia Aromatica in the Parma hills of Noceto and Medesano, thanks to the efforts of the young Venturini-Foschi winery.

Designed by The BB's Way